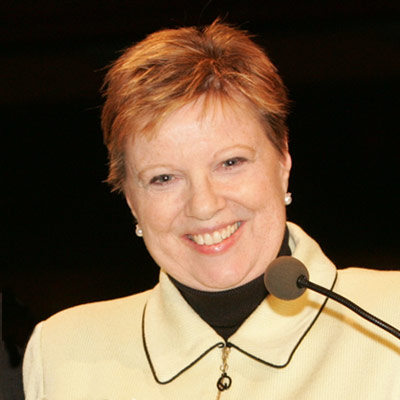 Mary Sue Sweeney Price was appointed sixth Director of the Newark Museum in 1993 and retired in 2013 after two decades of service. The Museum, which celebrated its centennial in 2009, is nationally recognized for its collections, architecture, and historic commitment to education and access. Mrs. Price oversaw several museum expansions, including the restoration and reinterpretation of the Victorian-era Ballantine House, a National Historic Landmark; the creation of interactive galleries for the Victoria Hall of Science; and the Horizon Plaza, a new vista on the three-acre campus, architect Michael Graves’s final seminal project design for the museum.

Among many important exhibitions organized under Mrs. Price’s leadership were “Crowning Glory: Images of the Virgin in the Arts of Portugal,” “Wrapped in Pride: Ghanaian Kente and African American Identity,” “Picturing America,” the contextual reinstallation of the museum’s outstanding American art collection, and “Constructive Spirit: Abstract Art in South and North America.” Price is a past President of the Association of Art Museum Directors (AAMD), representing the major art museums in North America and past President of ArtTable Inc., the national organization for women leaders in the visual arts. She served as a founding Trustee and longtime Vice President of ArtPride NJ, one of the most effective arts advocacy organizations in the country, and as a Commissioner of the American Alliance of Museums.

Price has recently joined the board of the Delaware Highlands Conservancy and the Delaware Valley Arts Alliance. She is a graduate of Allegheny College and attended Harvard’s Publishing Procedures program as well as the American Federation of Arts/Getty Foundation Museum Leadership Institute. Mrs. Price has received honorary doctorates from Rutgers University, Drew University, Caldwell College and the New Jersey Institute of Technology, and has been honored by the government of Portugal for contributions to cultural diplomacy. She and her late husband, the historian Dr. Clement Alexander Price, Board of Governors Distinguished Service Professor at Rutgers University, made their home in downtown Newark’s historic Lincoln Park district.