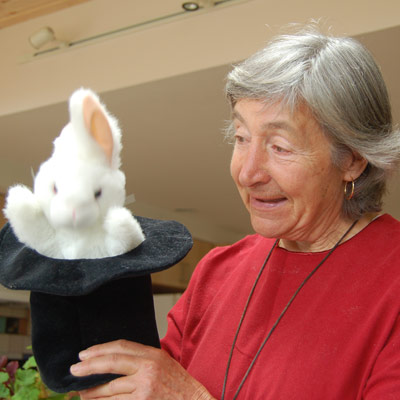 Barbara Yeaman is the founder of the Delaware Highlands Conservancy. In 1979 she earned a B.A. at the University of California, Irvine, in the School of Social Ecology, majoring in Environmental Analysis. From 1942 until 1944 she also attended Carnegie Mellon University Art Department, majoring in Sculpture.

Her professional experiences include working as an exhibit designer and presentation associate; acting as an adjunct professor in the art department at The American University; and working as a freelance graphic designer, all in Washington, DC over a period of twenty years. From 1979 until 1984, Barbara then worked for the Environmental Protection Agency in the Office of Water as a Consultant in Public Education for water reuse and conservation, also in Washington, DC.

In 1979, she came to the Delaware Highlands region and worked as a journalist and photographer for The River Reporter in Narrowsburg, NY, as well as a freelance graphic designer in Milanville, PA. After founding the Conservancy, Barbara served as President, eventually holding all other offices and working in many different volunteer positions within the organization.