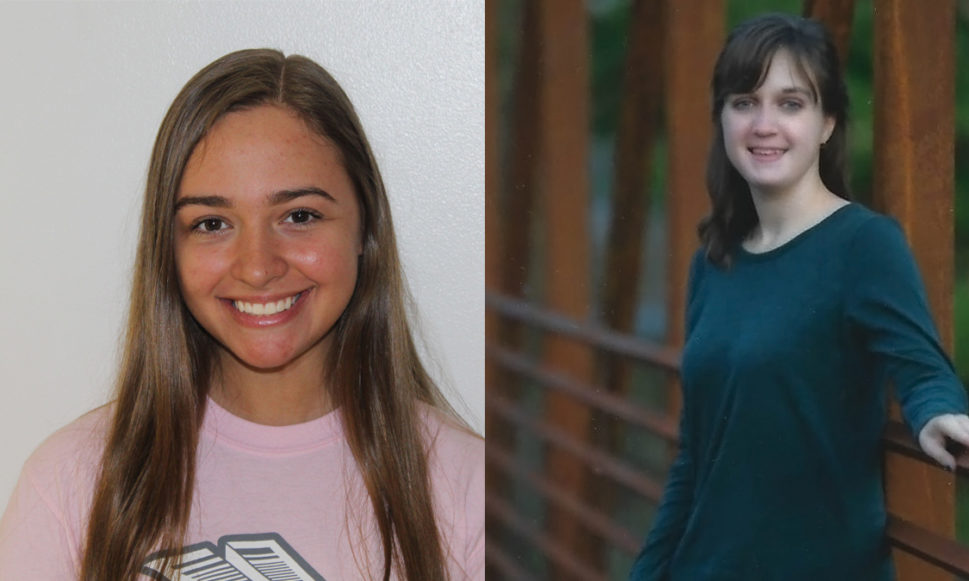 The Yeaman scholarship has been awarded annually since 2004 to a student planning to pursue a field in environmental studies in college. Given in honor of the Conservancy’s founder, Barbara Yeaman, the scholarship embodies Barbara’s vision to protect our special Upper Delaware River region now and for future generations.

Recipient Carly Naundorff is an active volunteer in her local community with Relay for Life and the American Legion, and is a member of the National Honor Society, the National Art Honor Society, and Odyssey of the Mind. In the fall, Carly will attend Eckerd College in St. Petersburg, Florida, where she will major in environmental studies. A lifelong environmental advocate, Carly explains: “I am an outsider. No, not the stereotypical outsider, the one that just doesn’t fit in, but the one whose heart knocks through her ribs when exploring what’s beyond the new technological advances: Earth’s natural wonders. In the future, I hope to not only be an environmental advocate but also the voice heard across the world and in developing countries on the importance of our environment.”

The Vanessa Van Gorder Memorial Scholarship was established in 2015 in honor of Vanessa, who passed away on December 26, 2014. A recent graduate from West Chester University with a degree in education, Vanessa was passionate about the outdoors and loved exploring the region with her friends and family. The Conservancy established this scholarship in Vanessa’s memory and to honor her dream of becoming an educator.

Recipient Ali Brand will attend Marywood University in Scranton, Pennsylvania in the fall where she will major in Secondary English Education. Ali is a member of the National Honor Society, a member of the Girl Scouts for the entirety of her school career, and was active in extracurriculars, participating in the marching band as a section leader, theater, and the concert choir. According to Ali, “It is because of my love of reading that I chose to major in Secondary English Education. I want to carry on what I have learned and instill this into my students. I believe that the time between seventh and twelfth grade is the time of the most academic and personal growth, and I want to inspire and prepare them for adulthood in the way that my teachers have inspired and prepared me.”

To continue to inspire youth and encourage study and careers in natural science and education, contributions to the Conservancy are encouraged.