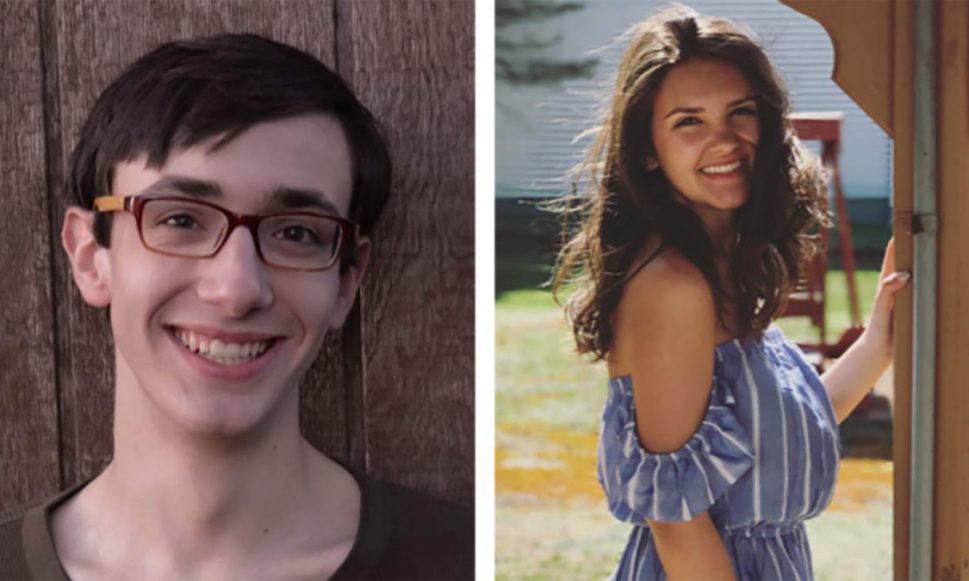 The Delaware Highlands Conservancy has awarded its annual “Delaware Highlands Conservancy/Yeaman Scholarship” in the amount of $1,000 to Truth Muller, a 2017 homeschooled graduate from within the Monticello School District, and the “Vanessa Van Gorder Memorial Scholarship” in the amount of $1,000 to Alexandra Squatrito, a 2017 graduate of Wallenpaupack Area High School.

The Yeaman scholarship has been awarded annually since 2004 to a student planning to pursue a field in environmental studies in college. Given in honor of the Conservancy’s founder, Barbara Yeaman, the scholarship embodies Barbara’s vision and the dedication of our members to protect our special Upper Delaware River region now and for future generations.

Recipient Truth Muller has been homeschooled since 4th grade, allowing him the freedom to pursue his central passion: the study and protection of the natural world. He has always been enthralled by nature and has channeled his curiosity into projects and programs such as Buddies for Bats, an educational outreach program to teach the public about the critical environmental importance of bats; and Salt Marsh Solutions, an ecologically sustainable system which converts salt water into fresh, clean drinking water. Truth intends to continue his work at the College of the Atlantic in Bar Harbor, Maine, where he will pursue a degree in Human Ecology with a focus on Marine Science.

The Vanessa Van Gorder Memorial Scholarship was established in 2015 in honor of Vanessa, who tragically lost her life on December 26, 2014. A recent graduate from West Chester University with a degree in education, Vanessa was passionate about the outdoors and loved exploring the lakes, rivers, and forests of the region with her friends and family. The Conservancy established this scholarship in Vanessa’s memory and to honor her dream of becoming an educator.

Recipient Alexandra Squatrito will attend Penn State University where she will pursue a degree in Early Childhood Education. Dedicated to her school and community, Alexandra was the president of Family Career and Community Leaders of America (FCCLA) and competed at the State Leadership Conference where she received national honors. She was also a member of the student council, varsity tennis, and the Wallenpaupack Childcare program, while maintaining her membership in the National Honor Society as a student with high honors.

To continue to inspire youth, encourage study and careers in natural science and education, and develop talent like Truth and Alexandra’s, contributions to the Conservancy are encouraged.