Eaglets from 4 to 6 weeks from Hatch

The middle of May saw the young birds show some real changes in their appearance. Feathers could now be seen on both young, and they were now turning from a darker gray to a dark brown color, almost appearing black in the shade or on overcast days. One interesting observation in the 3rd week of May was that there was a difference in plumage between the 2 young. One young had a slightly grayer look than the other, presumably older, darker sibling. 4 days later, the color change was no longer apparent. 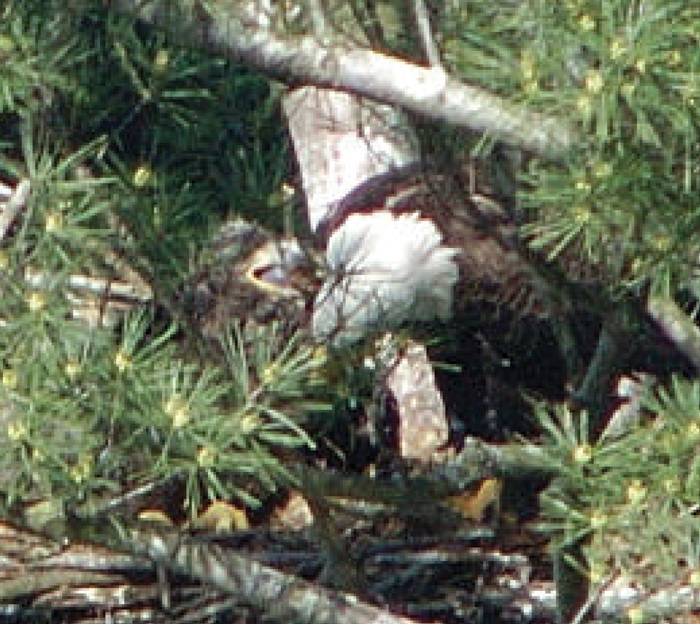 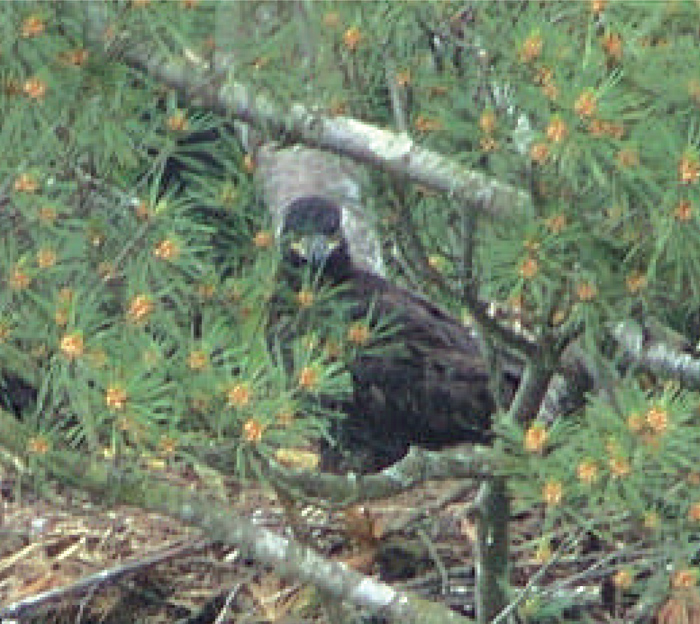 Two things to observe while looking at the above photos:

The Eaglet is standing in about the same place in both photos. Look how closer the head
is to the upper branch in the 31 May photo. That’s probably a 2 to 3 inch growth spurt
in 11 days!

Can you see what is happening to the White Pine tree where the nest is located during this time period? 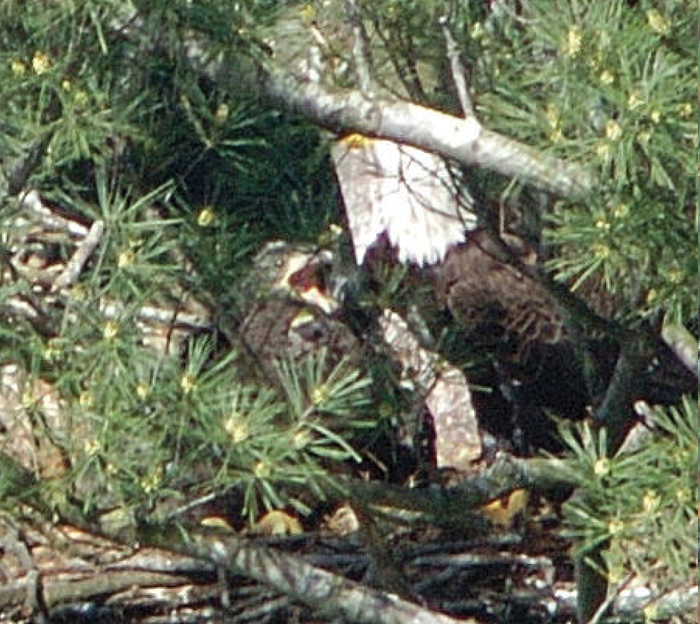 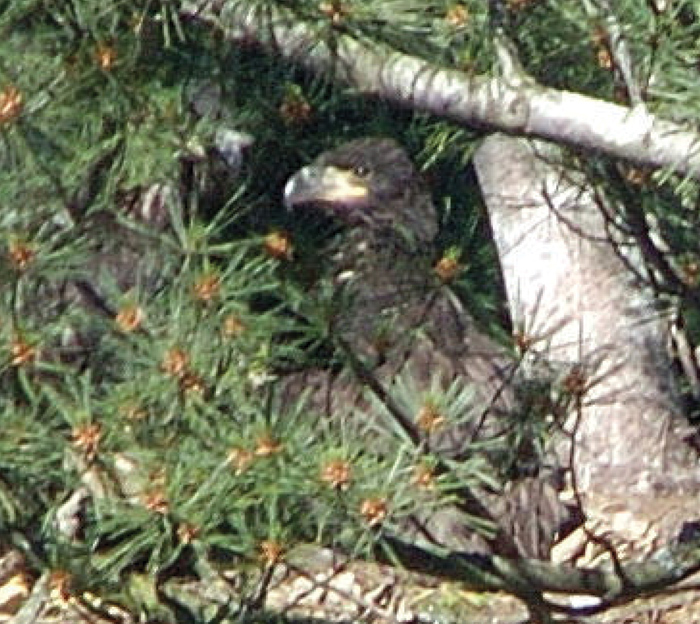 These photos show an Eaglet in the nest in the sun. It wouldn’t be easy to spot this bird if it weren’t for the pale yellow and shiny reflection of the beak.

Why do you think the young of many species of birds are brown or dark colored? 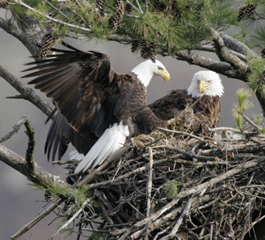 Where do eagles nest? Nesting activity begins as early as February, when eagles search for territory and begin construction or renovation of existing nests. The female can lay one to three eggs; incubation lasts for 35 days.