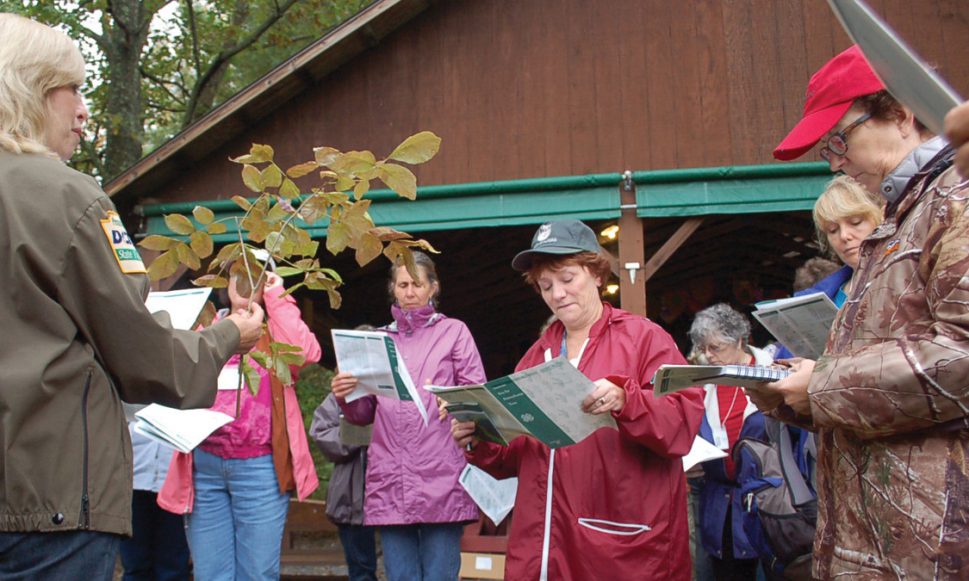 The Forestry Source, November 2013.
©2013, The Society of American Foresters

Most of the 11.2 million family forestland owners in the US—who collectively own more than 282 million acres—are male, but the proportion of female owners is increasing. According to the most recent US Forest Service National Woodland Owner Survey, 24 percent of owners were women in 2011, up from 19 percent in 2006, just five years. Why the change? Several reasons. Women tend to outlive spouses. Some have inherited forestland from their parents. Others have purchased woodlands for their own reasons. 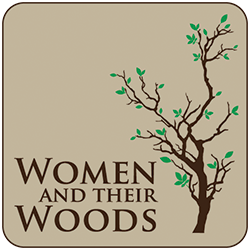 The Women and Their Woods program is an effort to reach out to women forestland owners in the mid-Atlantic region. Each autumn since 2011, women forestland owners from the region have attended four-day educational retreats at Camp Susque, near Trout Run, Pennsylvania. Two-day follow-up field workshops are held in the spring. The program is sponsored by the Delaware Highlands Conservancy and Penn State University Natural Resources Extension, with funding from the Pennsylvania Department of Conservation and Natural Resources and the US Forest Service at Grey Towers.

“Many women are outliving their spouses and therefore are becoming the sole land managers and decision makers for millions of acres of forest land in our country,” said Amanda Subjin, stewardship coordinator for the Delaware Highlands Conservancy.

In many meetings that include both men and women forestland owners, Subjin has seen that men often dominate the discussions.

“Typically, as attendees introduce themselves at county-centric woodland owner association meetings, the husbands and wives are sitting next to each other, and the husband says who he is and how much forestland he owns. And then it’s the wife’s turn to introduce herself, and she usually says, ‘I’m with him.’ But when you separate the men and women into groups [by gender], you can’t stop the women from talking about forests and forestry and what their goals are,” said Subjin. “It’s a different dynamic that we try to encourage. It’s not that we don’t want to encourage the education of men—not by any means. But when we get women together they form a network that they feel comfortable with. I think the women show their enthusiasm a lot more when they’re with other women. It’s pretty exciting when you get a room full of women who never stop talking about forestry. They’re very passionate about it, about what they want to do on their land.”

The retreats and workshops include classes on stewardship and silviculture, forest plant and tree identification, hydrology, forest wildlife, forest measurements, estate and financial planning, and other topics.

“You learn things like how to measure board feet, said Kenna Levendosky, a WATW attendee who owns about 220 acres in NY near the Delaware river. “And if you have had no experience in measuring board feet—I certainly didn’t—then it’s something that makes you feel pretty good about the program and what you’ve experienced.”

Levendosky also gained the knowledge and confidence to change the management of her property, which her family has owned since 1944. Over the years, it had been logged three times.

“A forester told us that if it was logged one more time, it would be the last time. So our attitude was that we just had to leave it alone and let it grow, and that is reflected in our forest management plan,” Levendosky said. “But from what I learned at Women and Their Woods, there are many proactive things we can do. Since I started attending the retreats and workshops we have planted maybe eighty walnut trees. We planted some poplar—we’re pretty far north here in New York State, but a few of them have grown pretty well. We’re working with American Chestnut—we’ve planted a few of those. We have some steep, old logging trails, and we’re putting some berms on those to try and lessen erosion. So all in all it’s changed from a hands-off approach to a more proactive approach because of these meetings.”

SAF member Allyson Muth, a forest stewardship program associate at Penn State Natural Resources Extension who helps lead the retreats, said one attendee wrote in an email that she was “embarking on a new, beautiful, and heretofore unexpected relationship with my forest. Thank you for opening this new world for me. I feel a strong responsibility to care for [my woodlands] in a purposeful way.”

“I learn a lot about how people relate to their land,” Muth said. “In forestry school, there was a lot of emphasis placed on dollar value. I’ve always felt that that’s the wrong way to catch people’s interest. The retreats are an opportunity to hear and experience the intangible reasons that people own land. Women are really good at expressing those reasons. For many of the women who go through the program, they’ve either said that it has confirmed the way that they felt or that it has opened up new ways of thinking about their woodlands. And they are very excited to share that knowledge. As a forester, I’m very glad that this seems to be resonating with the women who attend the retreats.”

At a workshop held this spring, a Cornell University extension forester provided training in using chainsaws and driving an ATV with a log arch, and helped them plant trees and shrubs on the property. But WATW presentations also focus on helping women interest their families in managing their woodlands.

“We even teach women how to talk to foresters,” said Nancy Baker, a Pennsylvania woodland owner with a master’s degree in forest ecology from the University of Georgia. Baker helps teach at the retreats and at workshops on her property. “They have to understand the lingo, they have to know what questions to ask. We give them a handout on how to choose a professional forester, so that they know to ask about education, experience, references, and things like that.”

“We have a wide diversity of women who come to these retreats, but I have yet to see one who wasn’t totally excited,” said Levendosky. “Sometimes at first their attitude is that they don’t know anything about their woods and to be a little bit intimidated by the people who have expertise in these areas. But they all come away with a lot of information—they deluge you with information!—and with the knowledge that they can do something in their woods.”